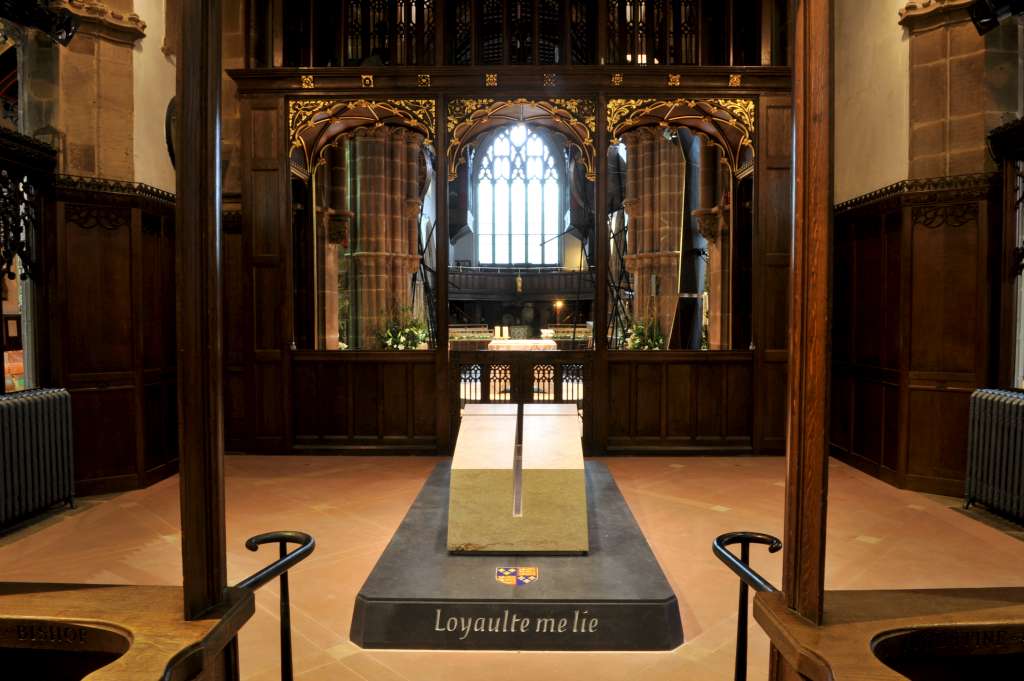 I love historical stuff and it’s all been about Richard III round here lately. I was deeply dissatisfied with the broadcast i saw so i’d much rather read some more on historical facts. This is interesting although some interpretations may still have some bias. But it is much better than any of the gossipy stuff i’ve read in papers or seen on telly these days 🙂 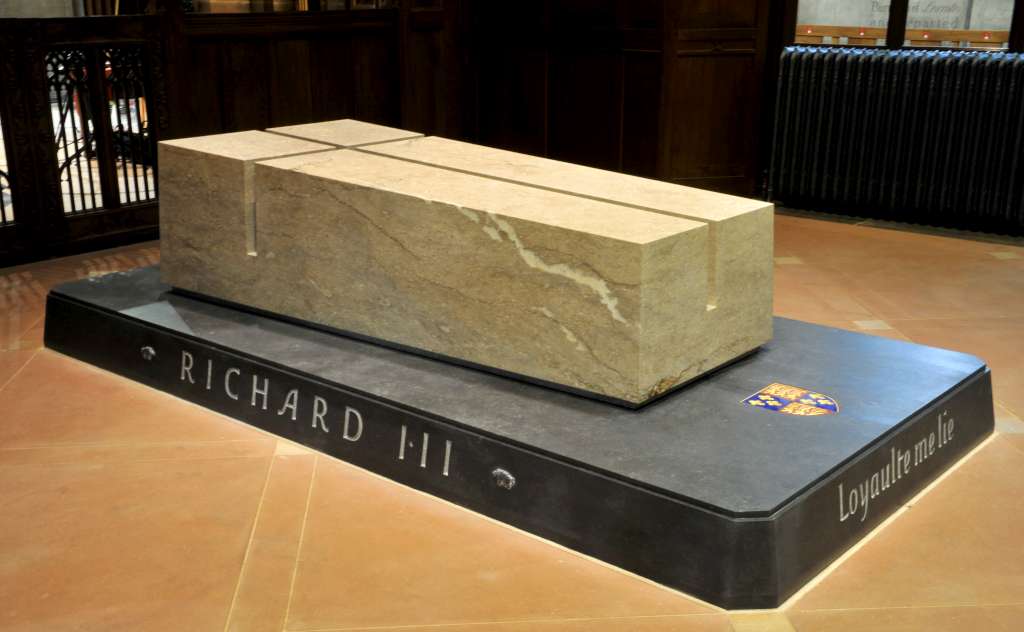 For information on what Richard III achieved in his very short reign this is a great read. It is also good to remember that in those days you had to physically fight to hold on to your throne. In many cases it probably was ”kill or be killed”, even if this was not necessarily an every day threat, it was something any king was confronted with during his lifetime.
Enjoy! 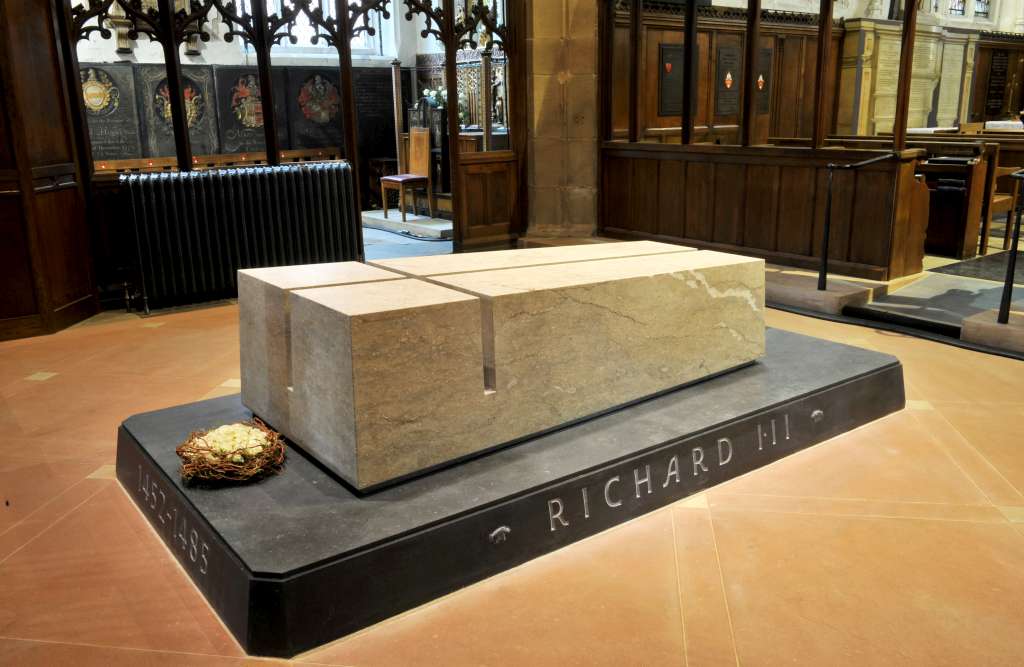 There are a glut of articles saturating the press at the moment posing some pretty unpleasant questions about Richard III. Maybe it’s time for some answers. We are constantly asked why we are celebrating a child-killing tyrant, or what Richard III ever did for us. Sadly many of the articles cannot answer their own questions because their content demonstrates such a fundamental lack of understanding of the real issues.

Richard III has divided opinion for over 500 years and shows no sign of ceasing to do so as he is laid to rest for the second time in his long and eventful after-life. The Richard III Society exists to promote the re-examination of Richard III and his times. Contrary to the popular impression, most Ricardians are not the ‘loons’ David Starkey sees or any of the other names bandied about, none of which are complementary and all of which are…

And i wish i was still in Scotland, which is where the best view of the eclipse was today on a truly stunning morning:

and then the universe put on the show 🙂

Can’t wait to be back in Scotland in June!

And for geeks like me who love eclipses and all things universe, tonight at 9pm on BBC TWO in ep 3 of Stargazing ‘Brian Cox and Dara O Briain host their final night of stargazing from Jodrell Bank Observatory where, following the day’s extraordinary events, they have exclusive images from the solar eclipse. Brian also reveals the latest discoveries and solar secrets of our nearest star’. Click on the photo for link to the program on Iplayer:

Brian and Dara (the professor and the comedian)

PS and in other news it’s been an absolute hell of slavery this week, but at least it is coming to an end (to be continued on Monday of course…) But, i just needed a little pick me up this morning, so i finally decided to change my desktop image to this:

because there are many beautiful things in the universe 😉

There is a new audio adaptation of this old time favourite in town; 3 parts, each about 1 hour long, available to listen to for a couple more weeks. And Mr Darcy is a favourite voice of mine 🙂

and an image gallery from the recording should you want to know who’s who (click on the photos for the link to the full gallery):

DARCY: “There is not another woman in the room, whom it would not be a punishment for me to stand up with.” Joshua McGuire as Mr Bingley and Jamie Parker plays Darcy.

Should you want it for keeps this new adaptation is available here.

I’ve seen Vftb a few weeks ago but it is the kind of play that keeps lingering around in your brain for a while. Here’s the way the Young Vic page summarised it very effectively:

“Arthur Miller confronts the American dream in this dark and passionate tale. In Brooklyn, longshoreman Eddie Carbone welcomes his Sicilian cousins to the land of freedom. But when one of them falls for his beautiful niece, they discover that freedom comes at a price. Eddie’s jealous mistrust exposes a deep, unspeakable secret – one that drives him to commit the ultimate betrayal. “

I’d say this probably pre-empts the tension in the play a bit too much, the production is actually much better at keeping you guessing and keeping the suspicion unspoken. This play was written after the Crucible and adopts quite a different style. Instead of a continuous flow of action we get moments of action linked together by explanations and opinions from the local lawyers who acts almost as a narrator at times. This detaches you from the actions a bit while at the same time providing different options and inputs, we don’t see any incriminating actions per se, but there is enough in terms of dialogues, suspicions expressed openly by all other characters to tell the story about Eddie Carbone’s facts. The story of guilt builds up less through what we actually see then through what we hear. Which in a way allows us to maintain sympathy for Carbone for quite a long time during the play. Or maybe his very convincing protective fatherly attitude keeps you guessing beyond the point where logic tells you otherwise.

Otherwise the play is full of Miller’s obsessions about attracting towards younger women, conflicts in marriage coming from it, unfulfilled sexual tensions. From that point of view it didn’t feel all that original. Also, although I’m not against changes in style – I felt the external narration by the lawyer was effective – I would have much preferred to get more character interaction instead.

But then again at the point where the young niece decides to leave the house with her lover and marry him in spite of Carbone’s wishes the tensions and relationships have been stretched so taught that there is nothing left to be said. Or even the smallest word would cause an explosion, which unavoidably happens.

The production has won high praise for its stark efficiency and I fully agree. All we get is a sort of courtyard in front of a house entrance with a delimiting ledge used by all actors to sit on it when they are not in action. Nothing else is needed and it was once again a reminder that theatre is principally about character development and acting and not props.

The play starts and ends with a sort of ‘liquid’ cycle – the mundane washing after a day of hard work at the starts becomes something completely different at the chilling conclusion.

I think where the production shows its brilliancy is in filling the silences Miller has left in the play. Normally we would have a sequence of scenes but here they are tied together with a thread of ever increasing tension. The moments when characters just look at each other, wordless are the strongest; what is left unsaid hangs heavy in the air and towards the end dry beats of sound only increase the sense of impending doom.

It takes very good acting to pull this off (and pull it off to the rooftop of the theatre where I was perched in this case). It is pretty good overall but exceptional in only one case, and that is Eddie Carbone himself, Mark Strong. I was taken by surprise by the fact that it was all in American accents, I know silly of me as this makes sense but it is always a bit of a sensitive issue when the actors are from around here. I thought it really was natural and fully believable as everyday speech in one case, and that was Strong. The rest were ok but I felt you could hear them work at it and it didn’t feel natural at all times. With Strong you were never distracted by it, you never even thought about it.

Mark Strong (Eddie) and Phoebe Fox (Catherine) in A View from the Bridge. Photo by Jan Versweyveld

He’s a slight, wiry man with very charismatic presence. You could see easily how he would be a leader or a significant figure in the community. And he plays the father figure in such a warm and convincing way it’s hard to see reality through it, which is exactly as it is supposed to be. He’s not a character to be vilified, though you see in the end how he refuses to search within himself for the truth and thinks it is only out there.

It’s not a story of heroes, there’s certainly no catharsis; it’s a story of lives gone wrong, of a character with potential greatness making the wrong choices again and again. But played like Strong does what you are left with is sadness and pity for the characters, not hate. And I guess therein lies his achievement.

Phoebe Fox (Catherine), Mark Strong (Eddie) and Nicola Walker (Beatrice) in A View from the Bridge. Photo by Jan Versweyveld

It’s a brilliant production where Ivo von Hove and Versweyveld find exactly the right means to tell the story, no more no less. It is finely tuned and very well judged. A perfect example of ‘less is more’. (their Antigone I saw during the weekend was less successful in that respect).

The play will not be one of my favourites, too many of those obsessive themes bouncing around with too little of maybe more relevant themes, that’s not to say individual destinies are not interesting. It just isn’t a play of a lifetime like the Crucible is for example, it just isn’t as rich. In order to be really interesting it needs the main character to be memorable. And it is what Mark Strong has achieved with his Carbone. I am glad I saw this version of it as I doubt in a traditional setting and with a lesser performer I’d be very interested in revisiting it.

Everyone else was good , but there just isn’t enough time to see much of everyone else. Unlike it seems the critics I wasn’t taken with the acting of Phoebe Fox (Catherine, the niece) – way too petulant for my taste for way too long (got on my nerves), I did like Nicola Walker (Beatrice- the wife) much better and I really felt for her trying to hold on to a husband who is drifting ever farther away.

On an aside, I did think all the while Marco was really familiar, but I didn’t have my binoculars and couldn’t really see the faces in detail from up where I was. After the play I looked at production photos and I instantly recognised him, Emun Elliot! Remember the BBC Series The Paradise?  That’s the one! I’ve been lucky enough to be on set and have a funny picture amongst period corsets with him 😉 Such a sweetheart! No wonder I didn’t recognise him immediately during the play though as he looked significantly bigger and stronger than the rest, which of course fits Marco and i remember him as this smiley, gentle man, not much taller than me with an adorable Scottish accent. (Which tells me the rest of the cast are not very tall either if he stands out among them 😉 )

Anyway, wish I’d had time to check out the cast list before I went to the theatre as I would have loved to say hello, in spite of the awfully rainy day. Good to see him again on stage in any case 🙂

Back to the play, in case you want to ‘check out the competition’ 😉 or just watch an interesting play you can do so on the 26th of March when it will be broadcast international live in cinemas through NT live. I’d really recommend it!

A View from the Bridge