“If we close our eyes and try to conjure up the image of a president… what most of us see is not a woman.” https://t.co/Kl9w1Kp5pN

Here’s also a direct link to the lecture if you have trouble with twitter above:

A good way to end the year ☺
Not with anything about myself but with a gorgeous reminder of things that make life beautiful – ballet and art in general.
This once again unites photography and my favourite dancers in images which surprise and awe me and make me feel grateful for the humanity and creativity in people around me. And grateful for living in London and being privileged to have art like this in my life.
May the new year bring you all many special moments to touch, elate and enrich you.
‘Frieden, Liebe & Schokolade’ to all 😘 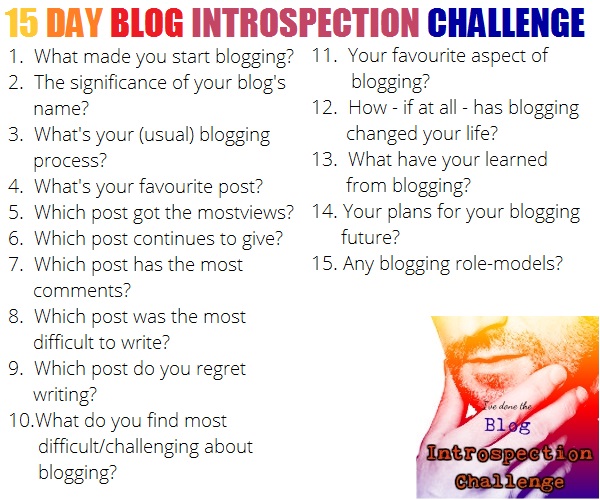 It’s terribly late again (past 1am) but i’ve decided i have to get a move on otherwise more things will happen in daily life and i won’t manage to stay awake to write anytime soon.

Well, the blog name was relatively easy, opera has always held a special magic for me and that is what i wanted to write about at the beginning. However, finding a pseudonym to use on the internet was a significant challenge. My email address was so old it actually came with my real name and the limited online interaction i had previously was private and personal so no need to pick another name. But once i decided i was going to write about the performances i saw, the pseudonym became a necessity as i visited the opera house often enough for everyone to know my face and i didn’t really want them to take the next step and search their frequent visitors and identify the person with that face 😉 I also quickly decided that my private activities were none of my employer’s business and back then i worked in a construction business so even less relevant than today. Choosing something operatic may sound simple but it is far from it! What shall it be? An operatic character, a composer, a singer? The majority of opera lovers active on the net seem to be men, even if in the opera houses the proportion male/female is more balanced. And people’s pseudonyms have more to do with their individual preferences in opera than gender 🙂 Most Desdemonas and Callas out there are likely to be some nice respectable old gentlemen 😀

I couldn’t go down that path, however much i loved Franco Corelli or Verdi 😉 I had to have a female name and i had to have some connection, even if not at all obvious and only known to me, but i had to identify on some level with the name. I am afraid i am also vain enough to want something slightly less known and obvious 😉 So i had to pick a lesser known soprano, a voice type i like the least!

And here is where a diva from the past came calling 🙂 Meet Hariclea Darclee, THE original Floria Tosca.

She was a famous diva of her time and premiered many big operatic roles, not least Puccini’s Tosca. She was also Puccini’s lover in case you doubted it 😉 And she had quite a few other affairs in her time, she was quite an interesting lady. I’ve probably got very little in common with her as a person other than the love of operatic music. Puccini isn’t even my favourite composer! But i do admire her, for her career, bold role choices, adventurous life in a time which wasn’t easy on women. I’ve been associated with her by pseudonym for many years now and i’ve grown really fond of the old gal 😉 I suspect i’d turn around if anyone should call her name on the street although that is very unlikely as it is very old fashioned and no longer in use.

The funny thing is – most operatic internet connections whom i have later met in real life are usually surprised a) i am a woman b) i am younger (relatively ;-)) c) i know my audio tech and am very much into the technology of sound. But on the upscale i’ve gotten to know some wonderful opera fans who have a wealth of live events experience and have had the opportunity to hear singers i only know from records and books! I love listening to stories from many years ago and learn through people’s memories of how life on stage used to be 50-60-70 years ago or more. One of my wishes for my old age is to be able to  tell my stories of the singers and actors of my time to the next generation 🙂

The process? Hardly that… there is only one way to put it really: it is impulse driven. I started out literally pouring from mind to keyboard as it came, as i felt it. 90% of the posts i have ever written i almost HAD to write. The subject occupied my mind to a degree that i couldn’t put it away to concentrate on work and i just kept kneading it in my mind and it didn’t go away until it was all put on ‘virtual’ paper. I’ve done some hunter/gatherer posts where i collected things in summary posts but the individual bits are still more or less outpourings.

I never take notes and it shows 😉 I never plan how or what to write. I know how to 😉 I do a lot of writing for work which has to be very factual, organised, structured, concise and clear. And i dislike writing reports and recaps of work profoundly; in fact, if you were to ask me which part of my job i abhor, it is the writing! Before i started this a few years back i would have never imaged i would feel like even more writing!

But i was in fact doing exactly that, i used to write mile long emails in pretty much similar ways i write blogs. This is how i started writing the blogs, because i lacked the time and energy to repeat the same account several times for several friends in different languages. It was not only the re-translating of the same feelings and impressions, but also the fact that once it was out and exorcised (it felt like that very often) the buzz of it was gone and it became a chore to repeat it rather than an enjoyment. So i said: sorry guys, it’s going to be in English and i’ll use the blog format so all of you can read it at once. I never thought anyone else besides the few friends would ever take interest! LOL

I still write in the exact same way, even if the subjects are more varied. Unfortunately only a small number of posts in my head make it to the blog. The impulse is there often enough and i sit there bouncing stuff in my head at 2am but i just can’t be awake until 4am and write them up and then go to work as i used to. I don’t know when other people write, i only have the night time available, except for very few times on weekends so i mostly trade it off against sleep.

And many times it is so much more interesting to read what other people have written and comment and after a 300 + words comment the time for more here is gone. I do wonder sometimes if where i comment the host doesn’t feel like i should go away and pour it out somewhere else? i wish i was shorter, more concentrated…. I do over-explain more than is necessary i feel, but to be honest it is satisfying to bounce ideas back and forth. I don’t always start replying with a very clear idea in mind and i may put arguments both ways forward. I write as i would talk?? It makes me very uncomfortable to think that i do so because i like to hear myself think or talk (or both?). The only mitigating factor is i guess that nobody has to read any blog and people can close the tab anytime they like 🙂 I sure hope they do before it gets annoying or too boring.

So there it is, the subject which this time took precedence…. i wanted to write about Scotland and ponder some more about why it means so much to me, what changes the brief holiday seems to have brought, about the shows i’ve seen last week (Traviata, Don Giovanni, Donizetti’s Poliuto and Everyman at the National with Chiwetel Ejiofor – all worth a few words as it  has been a really good week culturally, which hadn’t been the case in recent months) and i am still bouncing round my head a post about those love poems (it’s been in my head since February and doesn’t really seem to want to go away). But i decided i really wanted to be part of this project, mainly because i have enjoyed reading everyone else’s thoughts so much. And for once i didn’t want to be too late with my input 🙂

And because it is nearly 3am i am going to do my usual lazy bit and not edit tonight but leave it until tomorrow, sorry for the usual types of errors which by now must be grating on your eyes 😦